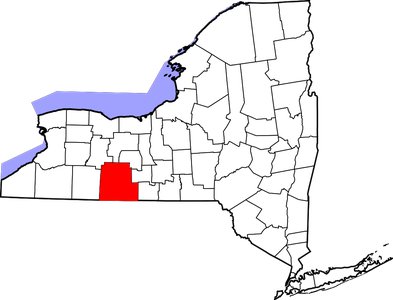 (BATH, NY - August 22, 2019) - Transgender Legal Defense & Education Fund (TLDEF), The New York Civil Liberties Union, and the law firm BakerHostetler filed a lawsuit yesterday against Steuben County, the Steuben County Sheriff, and several officials and employees at the Steuben County Jail on behalf of a transgender woman whom jail officials housed in a men’s facility while she was awaiting trial.

“Law enforcement personnel have a legal and a moral obligation to ensure the safety, health, and well-being of the transgender people in their care,” said TLDEF Executive Director Andy Marra. “It is particularly critical given that incarcerated trans individuals are among those most at risk. This case illustrates the need for swift action by government officials to improve conditions for trans people housed in New York detention facilities.”

Jena Faith, a military veteran, spent four weeks in Steuben County jail awaiting trial. She was initially housed in the jail’s women’s facility without incident. Officials abruptly transferred her to the men’s facility, despite the fact that she has been recognized in all aspects of her life as a woman for many years, from her daily interactions with friends and family, to the gender marker on her New York driver’s license and U.S. Social Security records, to being recognized as a woman at the VA medical center.

“Transgender New Yorkers too often face the threat of being held in facilities that are not consistent with their gender, exposing them to overwhelming levels of harassment and violence,” said Bobby Hodgson, staff attorney at the New York Civil Liberties Union. “It’s against the law, it creates grave safety risks, and the officials who run jails and prisons should not punish people simply because of their gender.”

As a woman in the men’s facility, she lived a nightmare, suffering sexual harassment from other incarcerated individuals, mistreatment at the hands of guards, and denial of medication prescribed by her physician. She spent her days being sick and afraid to leave her cell.

The lawsuit requests that the court affirm that transgender New Yorkers are entitled to be housed in jail or prison facilities consistent with their gender identity, and seeks damages to compensate Ms. Faith for the harm she suffered. While the New York City Department of Correction has recognized its obligation to house people consistent with their gender identity, other jurisdictions around the state routinely fail to do so.

“Being incarcerated was hard enough, but being denied my medication and subjected to sexual harassment because of who I am made my time in the Steuben County jail even worse,” said Jena Faith. “No one should face the discrimination I encountered at the hands of jail officials entrusted with my care. I hope my story prompts long-overdue changes in New York.”

Nationally, transgender people are nearly ten times more likely to be sexually assaulted than the general prison population, with 40 percent of transgender people in state and federal prisons across the country reporting a sexual assault in the previous year according to the National Center for Transgender Equality. Beyond detention, transgender people, particularly trans women of color, face widespread discrimination in employment, housing, education and health care that not only funnel them into prison but also make them particularly vulnerable to violence and negative health consequences.